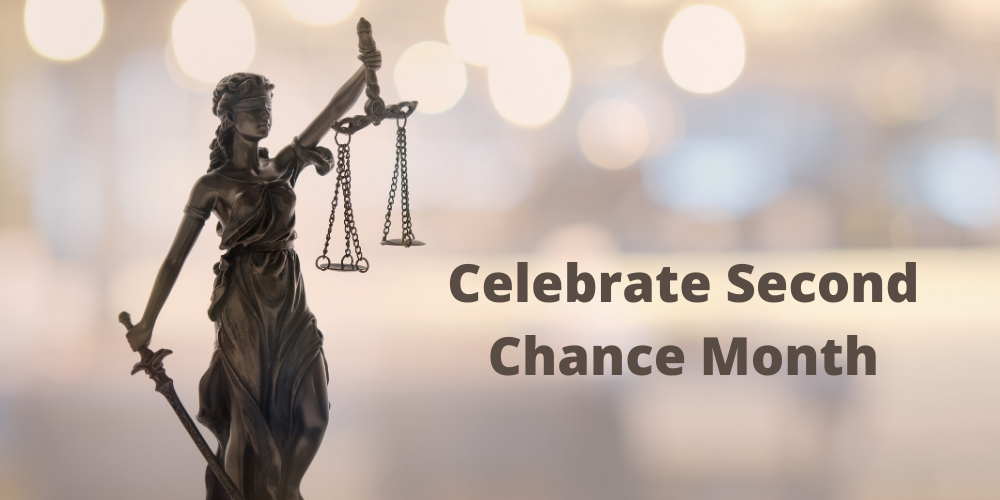 April is Second Chance Month.  It is awesome to be given a second chance in life. Nearly all of the 2.2 million people incarcerated in the United

States will be released at some point. People who are returning to their communities after prison or jail have complex challenges and needs that

contribute to the likelihood that they may be reincarcerated.

Since 2009, more than 800 Second Chance Act grant awards have been made to government agencies and nonprofits for reentry programming

designed to provide services that can help reduce recidivism and increase public safety.

disorders that are three to six times higher than those found in the general population,

half of people in state and federal prisons had substance use disorders.2

study of prison and jail populations, BJS found that more than 70 percent of the people

with mental illnesses also had co-occurring substance use disorders.3

more than the estimate for the general U.S. adult population.4

Of all people entering prisons

and jails, those with mental illnesses are twice as likely to have been homeless.5

high school diploma or its equivalent.6

Employment rates and earning histories of people in

prisons and jails are often low as a result of limited education, physical and mental health

problems, or other challenges; the stigma of having a criminal record and having been out of

the workforce often exacerbate these challenges after release.7

• Children and families—Approximately 2.7 million children in the United States have a

parent who is incarcerated.8

© 2021 The Council of State Governments. All Rights Reserved.

Oops, you forgot something.

The words you entered did not match the given text. Please try again.